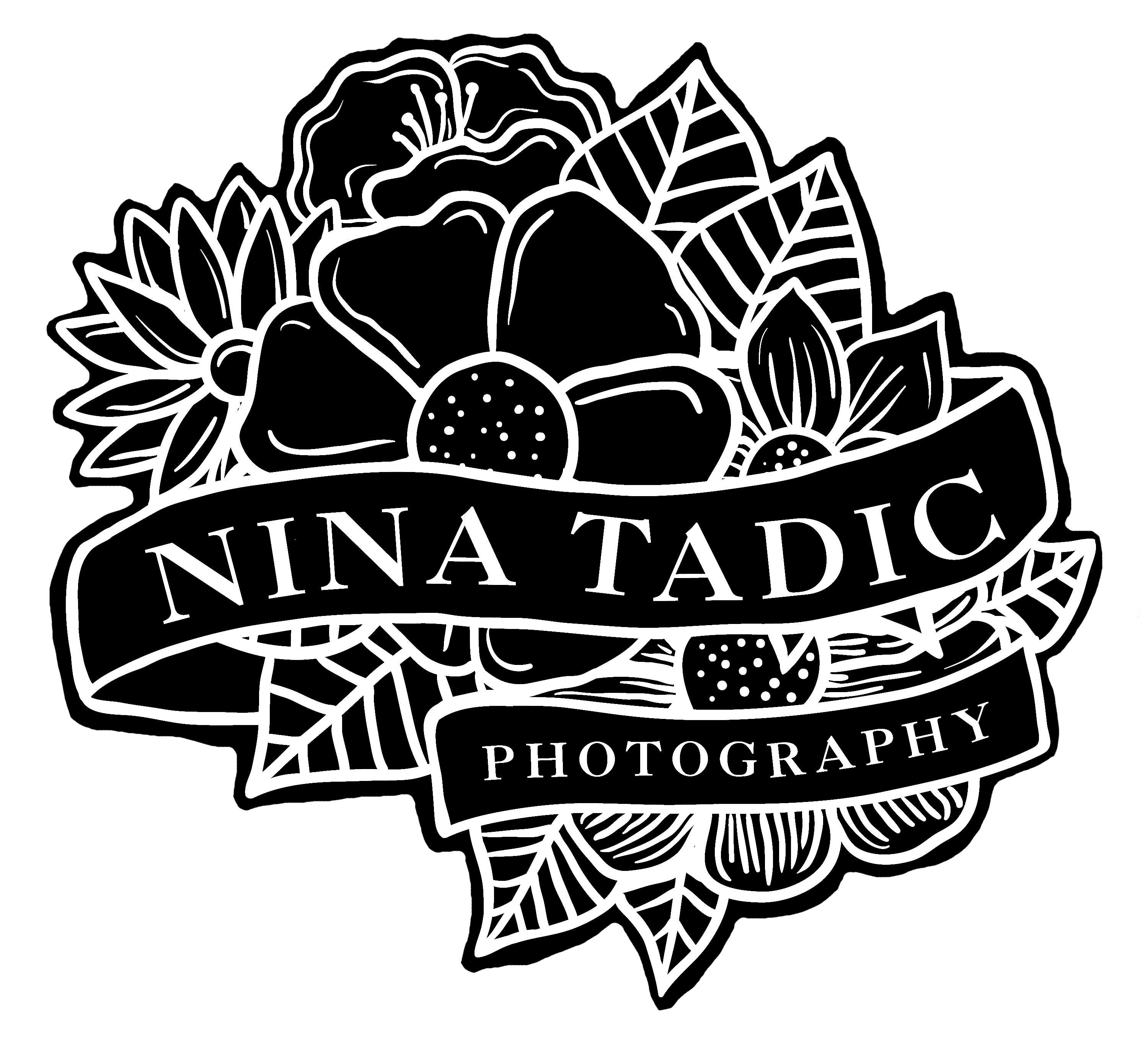 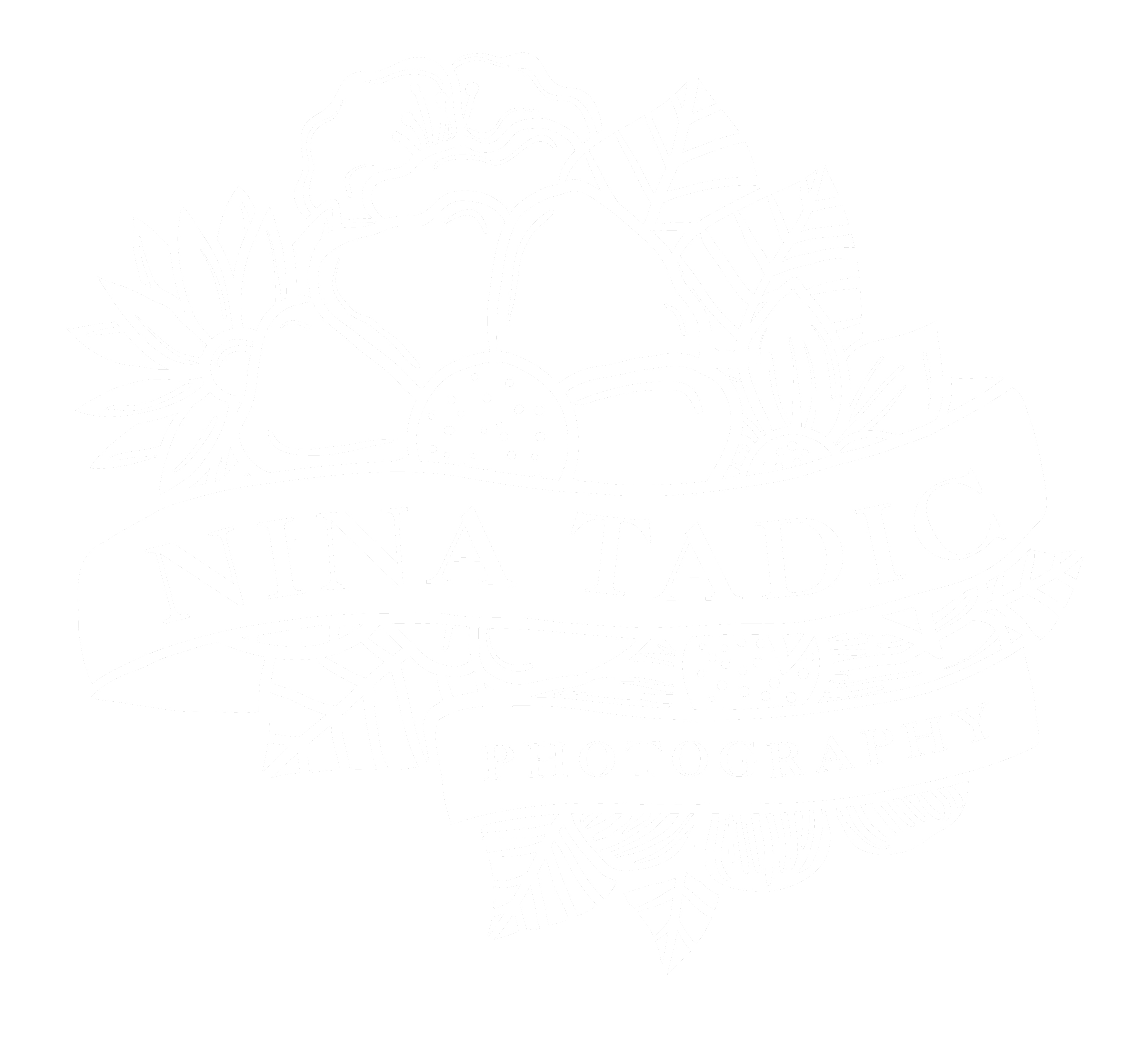 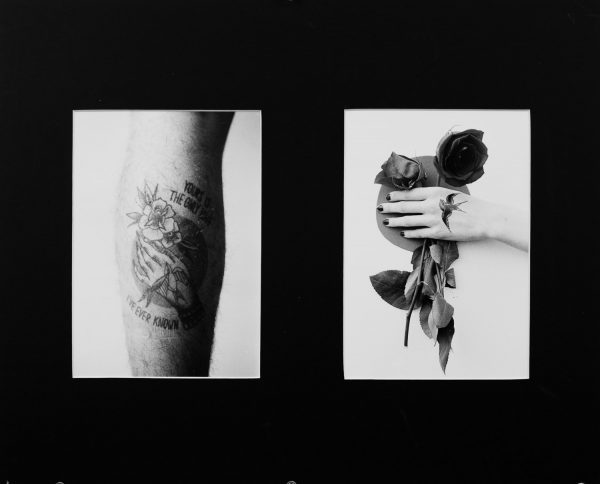 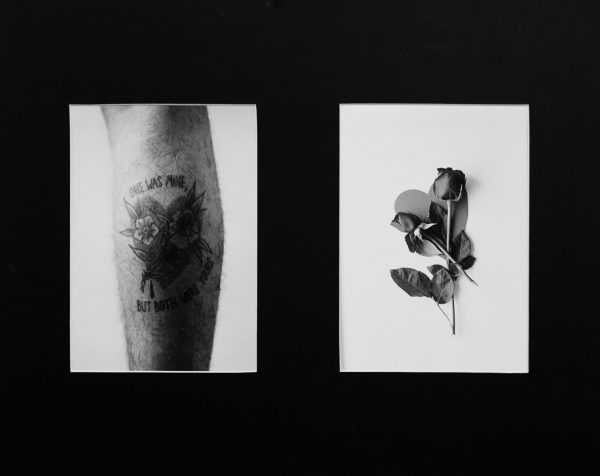 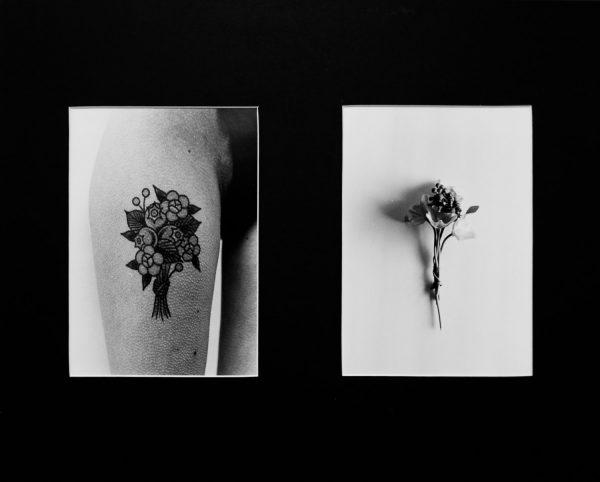 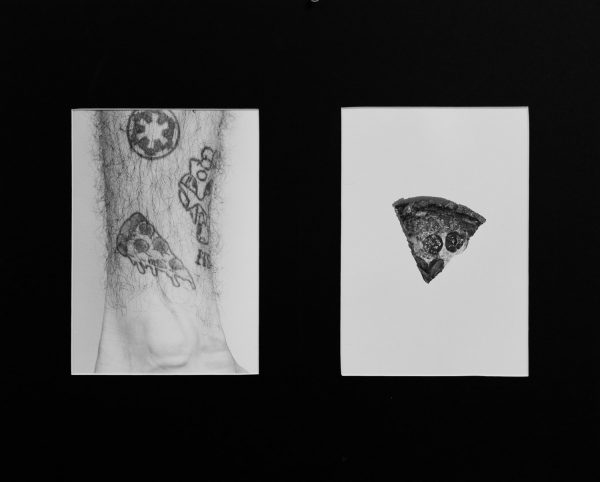 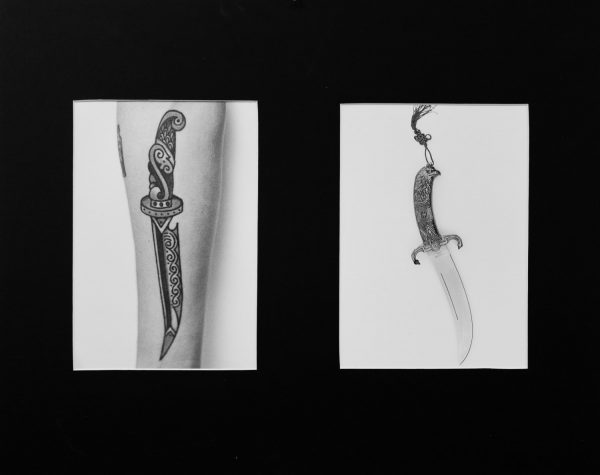 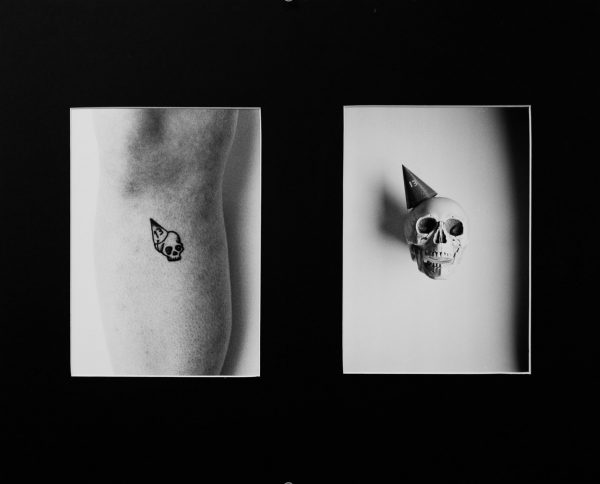 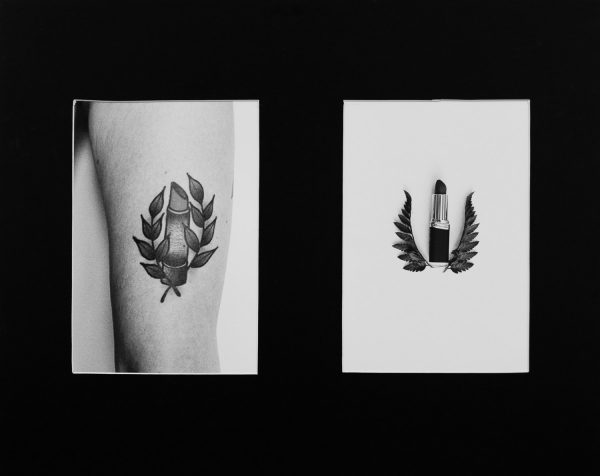 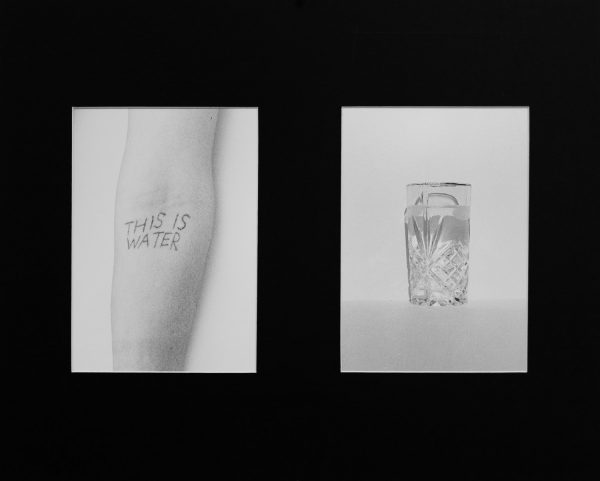 Since I was in probably seventh grade, I have had the most distinct fascination with tattoos. No one in my immediate family has any tattoos, so they were never something I was really around or exposed to other than in photos or in passing. But I have always had a fascination with the images depicted, the styles, and the personality in each one. As I got older, I’ve begun to get tattoos of my own, and my boyfriend and most of my friends have a significant number of them as well.

So I decided that, after doing my initial comparative series (comparing aspects of the human body to natural occurences), that I would compare a different part of the human body… For this project, I made studio-style photos of peoples’ tattoos, and then in a similar style, created still life images of the objects they have tattooed, and presented them juxtaposed against one another. Each photo was taken on Ilford HP5 400 speed black & white film, and they were all made into silver gelatin prints. These are their final pairings. 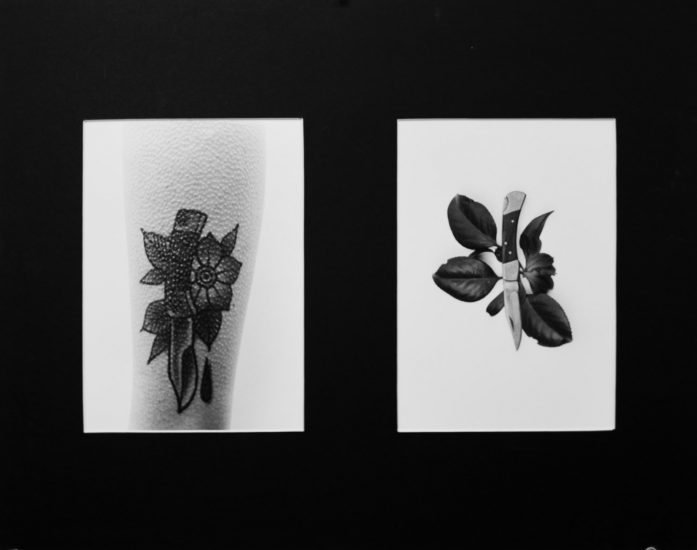 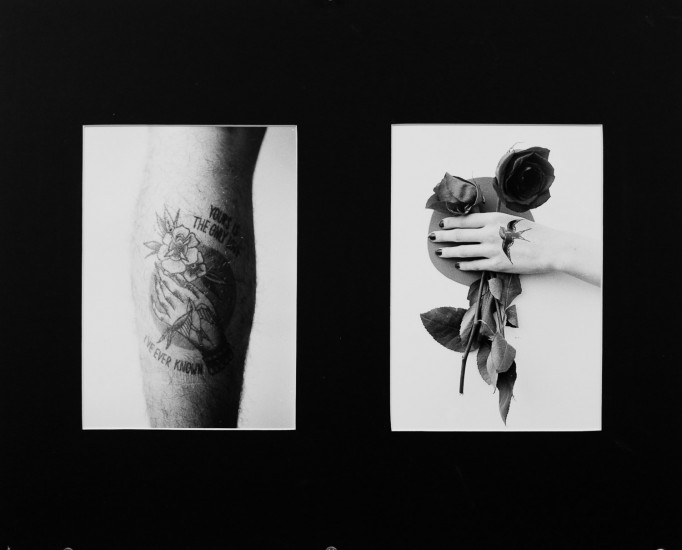 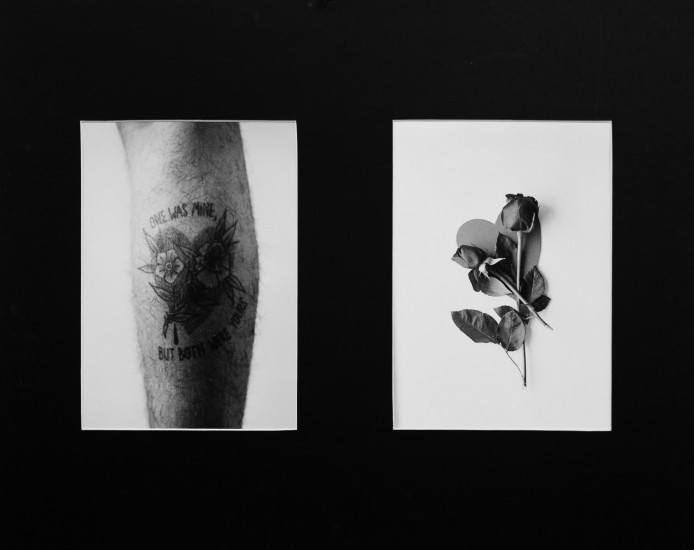 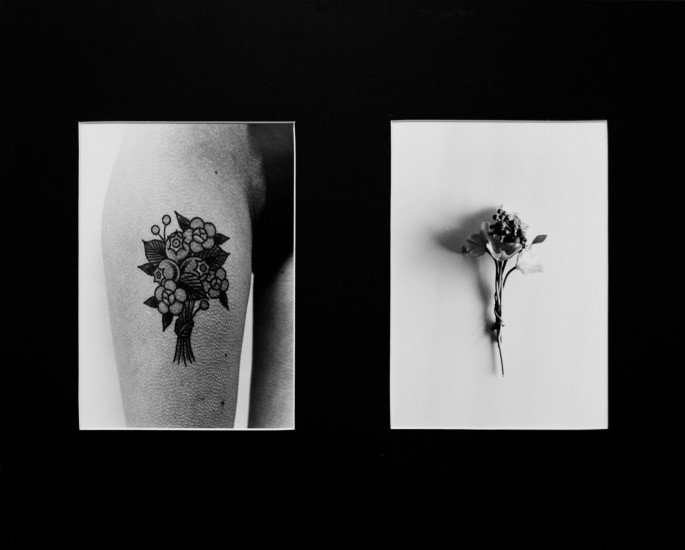 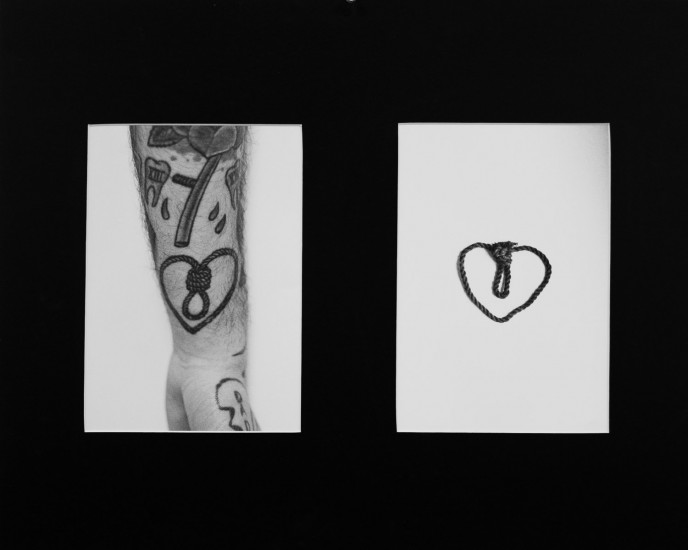 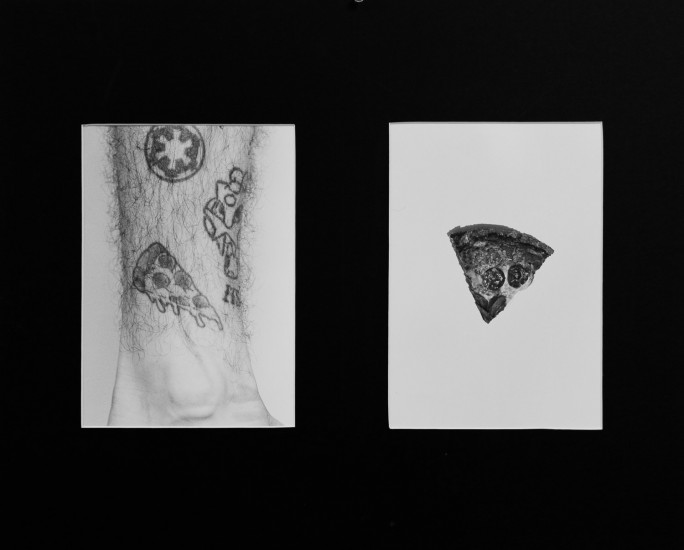 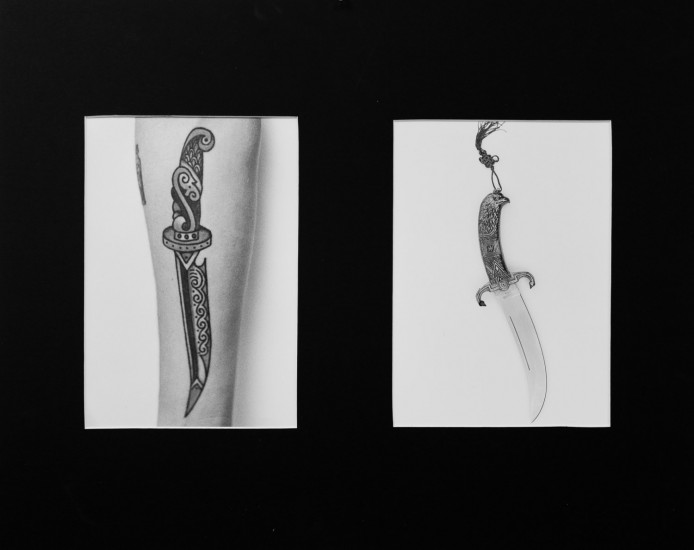 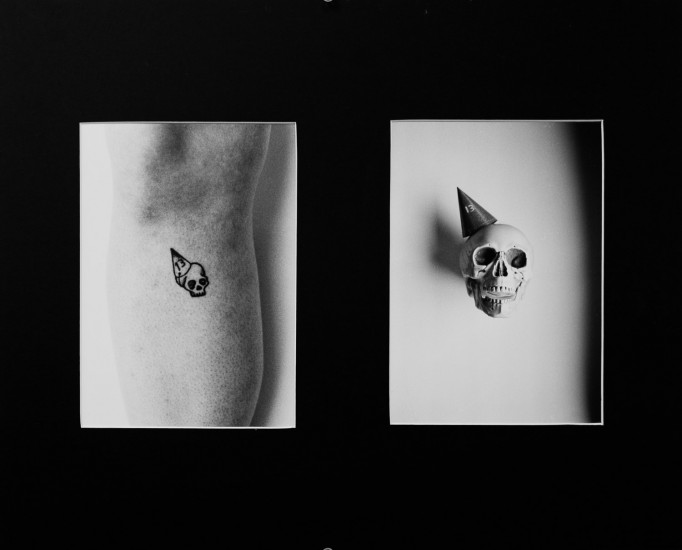 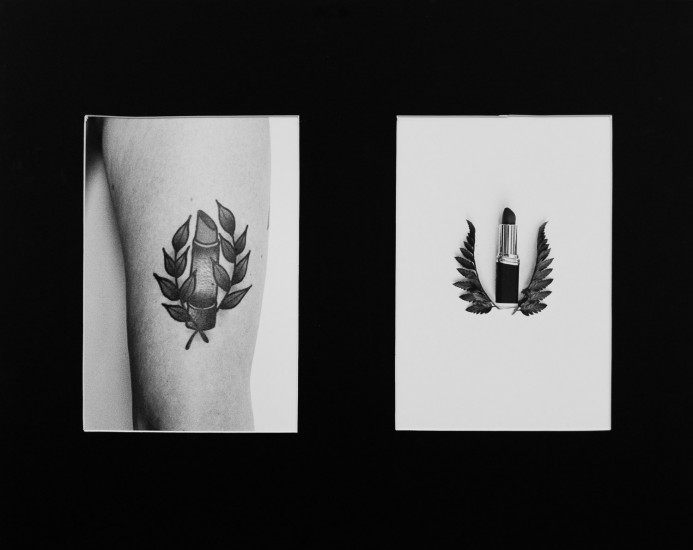 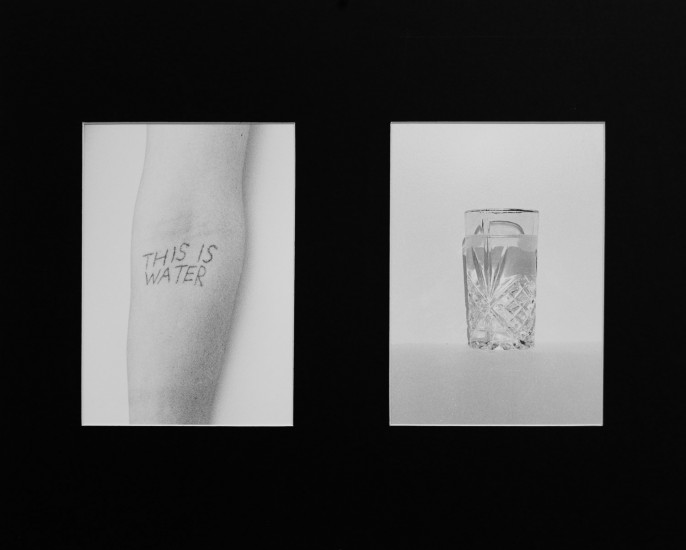 Between Here and Home